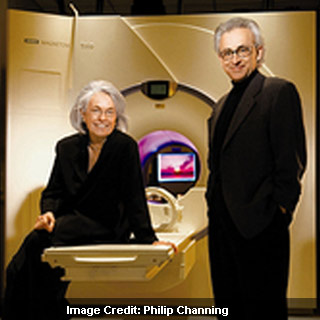 Most of us may be aware of the mind’s eye that helps us perceive things we witness, but what is the mind’s touch? According to the USC scientists, the human brain processes how an object will feel to touch apart from just the way it appears.

The scientists accessed magnetic resonance brain scans and special computers to comprehend how memory and the senses communicate. A set of participants were told to watch 5 video clips of hands touching various objects. They then used fMRI to scan the portion of the individuals’ brains that plays a role in processing these senses of touch. The information produced by the scan was then fed into the programmed computer that seemed to gauge which among the 5 video clips the participant had been seeing. This data was based on the response of the tangible region in the cerebral cortex.

“When asked to imagine the difference between touching a cold, slick piece of metal and the warm fur of a kitten, most people admit that they can literally ‘feel’ the two sensations in their ‘mind’s touch,” commented Kaspar Meyer, the lead author of the study.

A similar responsiveness was seen when the participants were shown videos of hands touching different things. The outcome showed that the mind’s touch stimulates the same areas of the brain that would react to real touch. As per the investigators, the human brain takes in and preserves physical sensations which are then apparently replayed when driven by watching a related image. When we hold an idea about a specific object, it is not just mental fuzz, it is an extensive memory file that is being recreated in the brain, concluded one of the authors, Antonio Damasio.

The study is published in the September issue of the journal Cerebral Cortex.