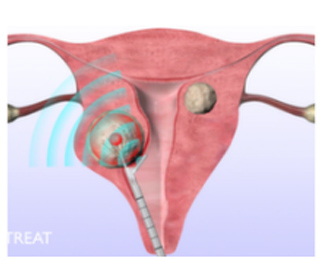 Uterine fibroid is a condition characterized by severe menstrual bleeding and is known to affect nearly 24 million women across the European Union. As an initiative on this front, Gynesonics, have proclaimed the launch of the FAST-EU Trial that aims to present the efficacy of the VizAblate process as a therapeutic option for uterine fibroids.

The aforesaid CE marked mechanism is a combination of ultrasound image guidance and radiofrequency ablation for the treatment of fibroids transcervically in an outpatient environment. Hysterectomy is the usual surgical treatment opted for symptomatic uterine fibroids. This system is deemed to be used alternatively without any harm to the uterus.

Professor Hans Brölmann MD, PhD, Head – Department of Obstetrics and Gynaecology, Vrije Universiteit Medisch Centrum in Amsterdam, Netherlands was the first physician to treat a patient in the FAST-EU study in the European Union, explained, “The VizAblate System represents a new and exciting approach to treating fibroids associated with heavy menstrual bleeding and has the potential to be a very important tool for the gynecologist. We are excited to be a part of this study and to have started treatments at our center.”

As stated in the official Gynesonics site, the procedure involves inserting the handpiece into the uterus through the cervix. Inside the uterus, the surgeon observes and strikes each fibroid selectively by accessing the integrated ultrasound probe and the VIzAblate RF ablation software. The electrodes are then introduced into the fibroid which is then heated using RF that ablates the fibroid. After this step, the handpiece is discarded. There are no incisions used in the operation and the patient can normally go back home in just a few hours after surgery.

The VizAblate System is presently available only in the United States for investigational analysis.