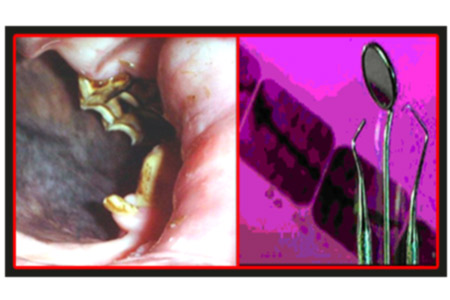 According to a new research from the University of Bristol, people do not pay attention to dental problems and this has doubled the cases of dental surgeries. Although the patients were aware of the serious infections which could have been prevented with regular dental care.

The findings plan on creating a greater impact and bring about a decline in the oral health, changes in the way of accessing dental treatment and even changes in attitudes to dental care.

Dr Steve Thomas and colleagues from the Division of Maxillofacial Surgery and Department of Oral and Dental Science surveyed the study by using the daily NHS content on hospital admissions and he came across three complicated cases of dental abscess which occurred within the period of 6 months in the year 2006.

In all these 3 cases, patients approached the hospital when the individuals met with an accident and had to be admitted in the Emergency department and that is the time their undiagnosed dental problems were noticed. The first case occurred in the month of March 2006 with a 48 year old woman who didn’t visit the dental clinic and was undiagnosed as an abscess. When the condition worsened, she was admitted in the Critical Care Unit for treatment and was suffering from Adult Respiratory Distress Syndrome. She spent 44 days; firstly 22 days under the Critical Care Unit and secondly in the surgical ward for other 22 days; after being referred to the Emergency Unit by her GP.

In the second case in May 2006 a 48 year old man was admitted to the A&E Department at Frenchay Hospital, Bristol and he hadn’t even registered himself with a dentist. The Frenchay Hospital, Bristol prescribed him some antibiotics and advised him to look out for a dentist and undergo a treatment. He ignored it and landed into coma where he was again admitted to the Critical Care Unit where he was diagnosed with diabetic keto-acidosis (a diabetic condition which can lead to coma) and the neck abscess drained. He spent three weeks in the Critical Care Unit.

In the third case in July 2006 a 41 year old women noticed had swelling on the left side of her face. Mumps were found. After seven days she went to the A&E department of Bristol Royal Infirmary with an abscess. Even in this scenario, the patient was not registered with a dentist.

Although some of the recent studies reported that there have been improvements in oral health, thus now it requires detailed explanation for the increase in hospital admissions. But the paper suggests that the dramatic increase for the lack of dental care is mostly because of the changes in the provision of dental care in UK. There has also been a major shortage of dentists in the NHS. And most of the dentists moved to private sector jobs with new contracts lured by the pay roll.

Therefore the number of dental patients present in the NHS has fallen from 23 million to 17 million from 1994 to 2004. Patients might have stopped going to the dentist for their routine dental check ups looking at such new provisions and may prefer going to the dentist during emergency dental care, thus resulting in the rise of surgical admissions.

‘Dental abscess is a serious problem and can be life threatening. In the past ten years the incidence of dental abscesses requiring surgical drainage in hospital has doubled. The reasons for this increase need to be identified and robust measures taken to ensure the epidemic are controlled.’

A survey conducted by the Commission for Patient and Public Involvement in Health has found a different reason altogether that the issue lied with people not seeking dental care. Although a recent survey of 5,200 members of the public and 750 dentists has found out that 22 percent of the people had reduced the number of visits to the dentist because of the high fees and 84 percent of the dentists believed that their new contract didn’t have improved access to NHS service.

The findings have been published in the British Medical Journal on 30th May 2008.