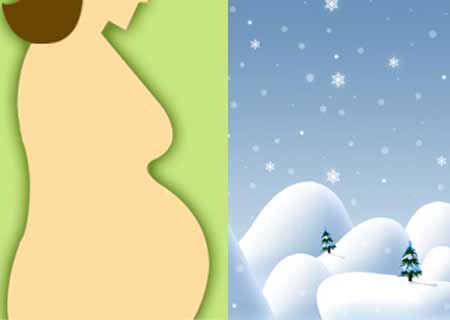 Highlighting the importance of mental relaxation during pregnancy, a study conducted by professionals at the Princeton University has shown that destructive weather like hurricanes could lead to negative outcomes in pregnancy. Of late, there have been many reports talking about the importance of combating mental stress during conception.

For the current trial, the team observed medical records of women who were pregnant between 1996 and 2008, during storms or cyclones. The health of children born during that time frame was compared to kids born in normal weather conditions.

“Probably the most important finding of our study is that it does seem like being subjected to stress in pregnancy has some negative effect on the baby, but that the effect is more subtle than some of the previous studies have suggested,” cited Janet Currie, who conducted the study along with Maya Rossin-Slater, a doctoral candidate in the Department of Economics at Columbia University.

The results put forth that mothers residing within the 30km sphere of hurricane zones apparently had babies with certain abnormalities. Some of the infants had to stay with ventilator support for a long time, while a few of them experienced a condition called meconium aspiration. The last mentioned abnormality is when the babies breathe in waste materials while in the womb. The results of the analysis appeared to be clear as scientists had separated weather stressors from other issues surfacing during pregnancy.

The professionals believed that stress during pregnancy may not necessarily result in drastic outcomes for the child. However, less noticeable symptoms are bound to occur, the scientists said.