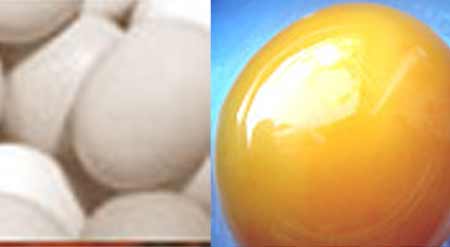 The next time someone advises children to stop having eggs for doing away with their allergies, we will possibly bring them to this study by scientists at the University of North Carolina. The fresh solution for egg allergy put forward by the team is to consume small amounts of egg on a daily basis.

Though this method sounds very counter-intuitive, the scientists revealed that it could indeed work that way. However, they warned that the study is still is the testing phase and there is still some time before it could be recommended by professionals.

Wesley Burks, MD, Curnen Distinguished Professor and Chair of the UNC Department of Pediatrics and the study’s lead author, commented, “It’s just what we had hoped for. It’s what we anticipated based on earlier studies, but we weren’t sure it would happen. Almost a third of the children had a permanent change and were no longer egg-allergic.”

As part of the trial, nearly 55 kids and adolescents aged between 5 and 18 suffering from egg allergies were incorporated. Their parents were provided with powdered egg or placebos to add to their children’s meals. In the beginning, the affected kids experienced reactions to egg powders, though the effect was not severe.

After a span of 10 months, the same children were instructed to consume 5 grams of egg powder that’s almost equivalent to a full egg. Surprisingly, 55% of the kids on the aforementioned treatment seemed to eat eggs comfortably without any serious allergic reactions. The positive results apparently increased as the number of months passed by.

Further trials are required to affirm the outcomes before they could be applied clinically, the analysts concluded.