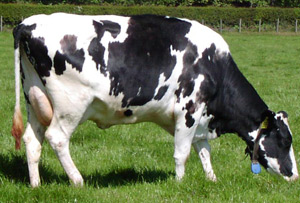 Got Milk? It’s time to drink up, and we are not talking about alcohol here. You got to stock up on the milk if you want to stave away arthritis.

According to researchers at the University of Wisconsin, group of fatty acids that are found in milk are natural regulators of the COX-2 protein which plays a significant role in inflammatory diseases, including arthritis.

Conjugated linoleic acid (CLA), which is found in milk, prevents the inflammatory damage by inhibiting the COX-2 protein. Besides, many other drugs used in arthritis also work by blocking this protein, including the dangerous COX-2 blockers.

Even though the amount of CLA in milk is relatively small compared to other fatty acids that are also present in milk, there may still be enough to bring about a desirable effect if one consumes dairy products every day.

Now, the group is planning to determine whether the amount of anti-inflammatory CLA in milk can be increased by changing the diets of dairy cows.