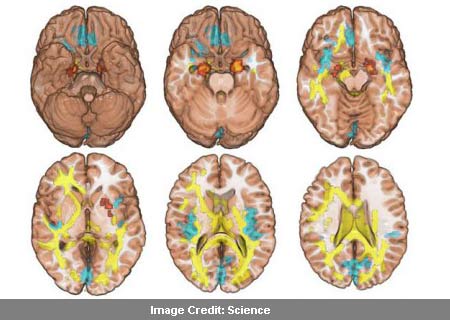 A recent study showed why teens may be more prone to issues like addiction and suicides. Now, experts at the University of Cambridge have revealed a specific brain abnormality found in the brains of persons affected by addiction and their siblings who were free of drug-dependent behaviors.

Almost 50 brother-sister pairs underwent brain scanning as part of the analysis. While one of the 2 siblings relied on cocaine, the other did not indulge in drug abuse. This group was pitted against a control set, which constituted people devoid of personal or familial substance abuse history.

Dr Karen Ersche, of the Behavioural and Clinical Neuroscience Institute (BCNI) at the University of Cambridge, commented, “It has long been known that not everyone who takes drugs becomes addicted, and that people at risk of drug dependence typically have deficits in self-control. Our findings now shed light on why the risk of becoming addicted to drugs is increased in people with a family history of drug or alcohol dependence.”

The results showed that both the drug-dependent persons and their normal siblings seemingly manifested identical abnormalities in their brains. This type of abnormality was observed in the fronto-striatal systems of the brain that control behavioral responses and are often found in people finding it hard to free themselves of addiction.

The study discloses why some people could be more vulnerable to addiction than the others. Scientists wish to explore the ways by which normal siblings of addicted individuals show resilience against drug abuse. This report is published in the journal, Science.