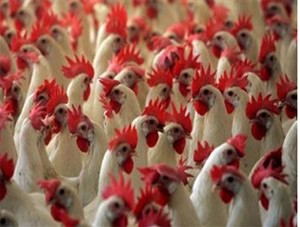 A team of researchers from the University of Wisconsin-Madison has identified a key step that the H5N1 avian flu virus must take to facilitate its easy transmission from one person to another.

Lead researcher Yoshihiro Kawaoka, a virologist at the UW-Madison School of Veterinary Medicine, has revealed that a single change a viral surface protein enables the H5N1 virus to settle into the upper respiratory system, which “may provide a platform for the adaptation of the avian H5N1 virus to humans and for efficient person-to-person virus transmission.”

He also said that though other currently undetermined changes are required for the virus to become a human pathogen of pandemic proportions, establishing itself in the upper respiratory system in necessary as that enables easy transmission of the virus through coughing and sneezing.

The researchers involved two different avian viruses isolated from a single patient-one from the lungs and the other from the upper respiratory system- in the study.

They found that the virus from the upper respiratory system exhibited a single amino acid change in one of the key proteins for amplification of influenza virus genes.

Kawaoka added that such a change promotes better virus replication at lower temperatures, such as those found in the upper respiratory system, and in a wider range of cell types.

“This change is needed, but not sufficient. There are other viral factors needed to cause a viral pandemic strain of bird flu,” he said.

However, the researchers are convinced that it is only a matter of time, as more humans and other animals are exposed to the virus, before H5N1 virus takes those steps and evolves into a virus capable of causing a pandemic.