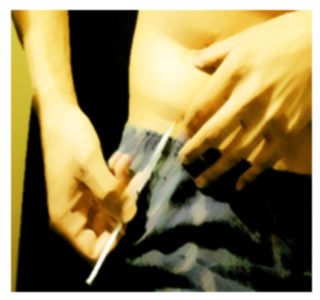 According to a report in the May 26 issue of Archives of Internal Medicine, one of the JAMA/ Archives journals, a majority of men with androgen deficiency may not be receiving treatment inspite of having adequate access to care.

The androgen deficiency in men indicates that the body has lower than average amounts of male hormones which include testosterone, according to background information in the article. The prescribed testosterone therapies for aging men have risen in the recent years and the way in which the treatment of androgen deficiency is given is unclear to understand in community-dwelling U.S. males.

From April 2002 to June 2005, Susan A. Hall, Ph.D., of New England Research Institutes, Watertown, Mass., and colleagues studied the data collected from 1,486 Boston-area men with an average age of 46.4, to gauge the number of men getting treated for androgen deficiency. The study was done to elaborate more on the treated and untreated men who received care and to understand the hurdles to health care.

Some of the particular symptoms of androgen deficiency include low libido, erectile dysfunction, osteoporosis and low-precise symptoms include sleep disturbance, depressed mood and tiredness.

It was seen that 97 men faced androgen deficiency, out of which 86 men were found to be symptomatic and not treated and from them 11 were prescribed testosterone treatment.

“Men with untreated androgen deficiency were the most likely of the three groups to have low socioeconomic status, to have no health insurance and to receive primary care in an emergency department or hospital outpatient clinic,” the authors write.

“Under our assumptions, a large majority (87.8 percent) of 97 men in our groups with androgen deficiency were not receiving treatment despite adequate access to care,” the authors conclude. “The reasons for this are unknown but could be due to unrecognized androgen deficiency or unwillingness to prescribe testosterone therapy.”

The report has been published in the May 26 issue of Archives of Internal Medicine, one of the JAMA/ Archives journals.