If your body feels cold then don’t check the temperature of your air-conditioner. The people around you may be showing cold behaviour towards you and that’s where all the chilled vibes come from. 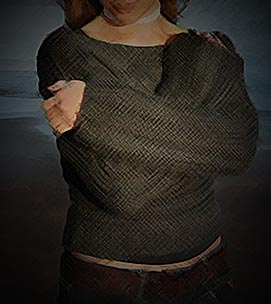 We are not saying, it is the researchers from the University of Toronto who have found that the social isolation can lead to people feeling physically cold. This also leads the people feeling cold to go in for a hot soup or coffee or room-temperature foods and beverages.

It seems that the room temperatures were always kept the same. However when the students were made to guess about the temperatures, their guesses ranged from 53 degrees to 104 degrees Fahrenheit. The researchers concluded that the students from the first group estimated the temperature to be lower than it actually was.

However this is just one of the two experiments. The other experiment which involved the students to play a game showed that the students excluded from the game went for a soup or coffee when surveyed asking what they wanted from the hot coffee, hot soup, an apple, crackers, or an ice-cold Coke.

Now you know why there is a Chicken Soup for the Soul?

The detailed study is published in the September issue of the journal Psychological Science.