According to a new study, getting less than 7.5 hours of sleep every night could increase the risk of heart attack or strokes in people suffering from high blood pressure. This study was conducted by the researchers in Jitchi Medical University, Japan; Columbia University Medical Center and the Stony Brook University in New York. Their findings have been published in Archives of Internal Medicine. 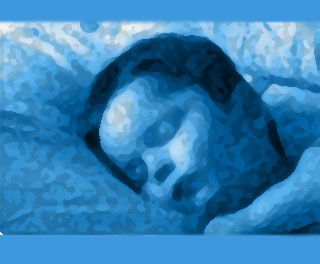 Around 1,200 patients of an average age of 70 were studied for approximately fifty months. They scrutinized both their day and night hours of sleep, their blood pressure along with their cardiovascular history. Researchers discovered that those patients who slept lesser than the estimated time, and also whose blood pressure rose while sleeping, was four times more prone to sudden deaths by heart attack or stroke. They had around 20% to 30% chances of suffering from a heart disease. Also patients who slept less than the required time but did not experience a raise in their blood pressure at night; were not very prone to heart diseases as compared to people who slept more than the required time as well as didn’t experience high blood pressure at midnight. It is said that shorter sleeping hours and midnight hike in blood pressure are connected to an increase in heart diseases. The people suffering from sleep deprivation as well as static high blood pressure were lesser at risk than their counterparts.

Scientists point out that lack of sleep, stresses the body and thus it goes under pressure, in turn giving parts like the arteries lesser time to repair themselves, thus straining the heart. It also develops metabolic syndrome; namely high cholesterol, high blood pressure and diabetes.

Not all experts agree with this conclusion. Professor Jim Horne of the Loughborough University Sleep Research Centre says, “There is no evidence to suggest that people prone to heart attacks and who sleep for less than 7.5 hours should extend their sleep in order to offset attack.”

A study conducted last year said that having less than seven hours of sleep increased the patient’s vulnerability to heart problems. However, having more than eight hours of sleep as well can also result in heart problems. Having said this, the researchers also point out that most of the subjects are elderly and thus the conclusion may vary for younger subjects.

Experts advise young children to get around ten hours, teenagers around nine hours and adults around eight hours of sleep to avoid health related problems.