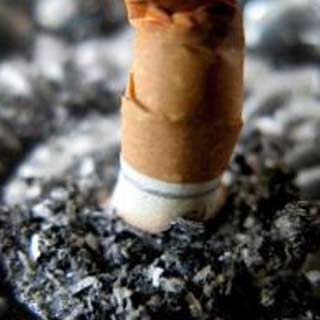 Of late, smokers are being exposed to a variety of methods to help quit their habit, one of them being electronic cigarettes. Now, a study conducted by experts from the Cancer Research U.K has disclosed that the nicotine substitute cytisine which is commercially sold as Tabex could raise the chances of a person giving up the habit of smoking by 3 folds for a minimum of 1 year.

Cytisine is available in central and eastern Europe for about 40 years, and is believed to be a budget-friendly option with 12p a pill.

Professor Robert West, lead author from Cancer Research UK’s Health Behavior Research Centre at University College London, commented, “ Cytisine could save the NHS millions of pounds a year if it was to be licensed in the UK.”

As part of the investigation, around 740 individuals were administered cytisine while some were given placebo. The outcomes showed that nearly 8.4% in the cytisine group were apparently successful in quitting smoking for almost a year. Among those in the placebo group, only 2.4% appeared to be able to kick the habit.

According to the analysts, low cumulative rate suggests that even smokers who are highly motivated supposedly find it difficult to let go of smoking. The results essentially put forth that people who wished to give up smoking were 3.4 times likelier to achieve their target with cytisine as compared to the dummy placebo drug.

West puts it that though it is challenging for a person to quit smoking, this cost-friendly drug cytisine as a substitute for nicotine could be a new ray of hope for poor smokers too.

The study is published in the journal New England Journal of Medicine.