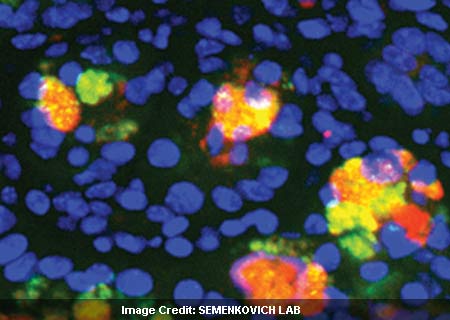 Scientists have always probed into the origination of diabetes by observing its effects on the pancreas and liver. However, the first manifestation of diabetes could be observed in the intestines, assert scientists from the Washington University School of Medicine in St. Louis.

A set of diabetic mice were examined in the trial. The team found that these mice began to lose weight and also seemed to suffer from gastrointestinal symptoms like diarrhea. Therefore, the researchers observed the gut of the subjects closely and found large amounts of inflammation in the same.

Principal investigator Clay F. Semenkovich, MD, remarked, “Diabetes may indeed start in your gut. When people become resistant to insulin, as happens when they gain weight, FAS doesn’t work properly, which causes inflammation that, in turn, can lead to diabetes.”

Basically, the team claimed that the mice were not able to create fatty acid synthase (FAS) in the gut. The latter is an enzyme that is critical for the formation of lipids and is controlled by insulin. Individuals suffering from diabetes generally experience abnormalities in the FAS enzymes. Mice devoid of the aforesaid enzyme in their intestines appeared to develop chronic inflammation in their guts.

The next step of the analysis is a human trial to comprehend if alterations in FAS contributed to the onset of diabetes. The research is published in the February 16 issue of the journal, Cell Host & Microbe.